I woke this morning to find that in the comments beneath one of my very old posts was actual useful information rather than a link to a penis enlargement pills site. I quote the most pertinent part of Varun's reply, as it helps solve an age-old query that this blog set into the world.

Yes, his real name is McDuff/MacDuff Roesch. 'McDuff'/'MacDuff' is his middle name. His full legal name is Kenneth McDuff Roesch. He operates a construction firm in Florida, and he is the father of Mack Roesch, an obstacle runner and a former contestant on American Ninja Warrior.

Further research shows a tenuous link to wrestling, as Roesch Jr. has appeared on 'Stone Cold' Steve Austin's Broken Skull Challenge. But isn't this great! It energises one enough to perhaps write a further entry into the annals of shoot-style greatness....


Wintertime in Japan brings spectral sights to UWF: a fighting fortress on a hill blanketed in powdery snow as ducks bob for food, soundtracked by an airy Hiroshi Yoshimura-esque motif.


It is beautiful and a potent reminder of how shoot-style caught the wave of a particular aesthetic moment as much as it existed in the brief space between the old (pro-wrestling) and the new (mixed style fighting). These moments of stillness and gravity are things that contemporary wrestling seems to miss in its rushed presentation, if I can have this one opportunity to grouse.

Clutching a dozen or so random bootleg selections purchased from the wrestling VHS shop in the Colliseum on Church St. in Manchester (now: Light Aparthotel), I opted to watch the one that I hadn't heard anything about. It was this show that I am about to review the first hour of - I know it exists in full because on that rainy day at the turn of the century I sat through the whole thing, rapt.

Seeing Fighting Square Hakata in approximately 2001 wouldn't change my life and seeing it now doesn't have some kind of Proustian effect, but it did offer a taste of something I've subtly hoped for in wrestling ever since: not shoot-style as such but a glimpse of the real, unmediated as possible, slicing through the artifice.


In (the real) Jorge Luis Borges' 1940 short story 'Tlön, Uqbar, Orbis Tertius', the discovery of one volume of a 1902 Encyclopedia Britannica leads the fictive Borges and his friend Adolfo Bioy Casares to learn about the land of Uqbar, presumed in the region of Iraq, and its unique culture.

One of the schools of Tlön goes so far as to negate time: it reasons that the present is indefinite, that the future has no reality other than as a present memory. Another school declares that all time has already transpired and that our life is only the crepuscular and no doubt falsified an mutilated memory or reflection of an irrecoverable process. Another, that the history of the universe - and in it our lives and the most tenuous detail of our lives - is the scripture produced by a subordinate god in order to communicate with a demon.

From the few concrete details and allusions to philosophical viewpoints (its people were extreme subjective idealists who held that the only contents of the world were one's mind) contained within this fragment, the entire world and people of Uqbar are reconstructed in absentia.


We lurch forward in time some four months and five shows to look in on a UWF in its death throes. What appears to be rude health, an array of diverse talents and stars wrestling in a pleasing way, and full houses (SUPER NO VACANCY FULL HOUSE no less) are in fact the beginnings of the factionalisation that leads to the creation of three brand new companies.

While the previous two reviews - Force Korakuen 2 Days and Road - detailed UWF at its most basic and austerely-presented, Create is one of those opulent summer spectaculars where the lights dazzle, lasers fire, graphics are updated, and it all just feels like wrestling does Last Night of the Proms only with less jingoism and better music.
Read more »
Posted by D. Thomas at 09:04 3 comments:

There is not much time, we must press forward. 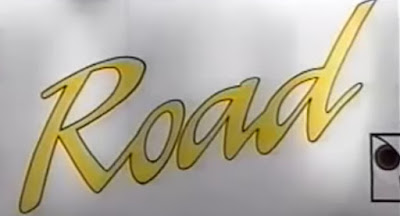 A training montage opens ROAD and the sound cuts out so we can only see the pure visuals of things like Yoji Anjo hopping up and down on the spot and people exchanging money for the expensive-looking programmes for this particular entry, the 22nd, into the annals of shoot-style lore's wider chapter on UWF.
Read more »
Posted by D. Thomas at 13:01 No comments:


In spite of the unwieldy title up there, and the months that have passed awaiting the transition of the stars and oceans and gods that deign to re-align and offer us the beauteous bounty of shoot-style tapes unearthed, the most important thing is that this blog continues in its quest to bring to you (and mostly to me) the good news about the olden tymes wrestling that purported to be real (it was not but also...it was). 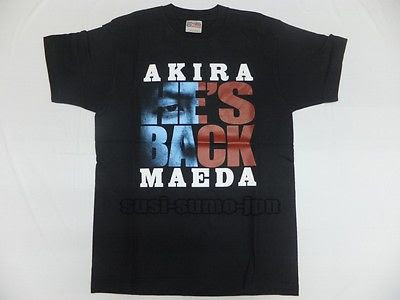 Let me recap in Plain English for those of you playing catch-up. The second version of wrestling company UWF emerged in 1988 and died in 1990. In their time spent on earth before ascent to heaven (RINGS) they produced 31 shows of gripping and profoundly moving professional wrestling that merit special discussion. The first 11 shows were easily available and have been covered within this parish. A gap of two missing shows vexes before reviewing shows 14 and 15. Then another gap of two shows before covering the final two shows of 1989 (18 and 19). The remaining 12 shows, taking place in 1990, are the least widely disseminated. And up to now I have only covered one of them (show 23).